Mighty MICE has established since 11 January 2016 by the service-minded, skillful and knowledgeable people. Mighty MICE has its common goal to create highest satisfaction to client from our best performance of equipment and Team which we mainly focus on the training which is under our process of “Building up” in 3 steps :

1. To recruit a “Potential” person who are knowledgeable, qualified and service-minded.

2. To train and develop them to be “Effective” in both conference equipment and event operation in which the training would be from Senior Mighty MICE staff or domestic and international equipment manufacturers, as well as direct experience from On the Job Training which could be the most effective training for the new members.

3. From the action of 1 and 2, Mighty MICE, as a result, could get a high “Quality” staff who is able to effectively serve and operate in any scale of conference and well respond to all client’s needs.

And these are the people with the heart of Mighty MICE and they are always ready to be by your side whenever their skills and abilities are needed.

Graduated as an Engineer and born to be a service-minded gentleman, he is one of the known citizen in Chachoengsao province who is a main motivator of a community to organize major events.

Pongsak is also a technician who provide all the necessary equipment to be used and fulfill in those events. The distinguished guests mainly are local governmental executives to the ministers.

By doing so, all the events he and his team organize are completely, successfully, impressively finished. Until he wants a new challenge, heading into the event equipment supplier by investing in the hi-tech equipment which he cares only the utmost benefit that the client deserves from the best quality of equipment more than the company’s benefit in term of profit. 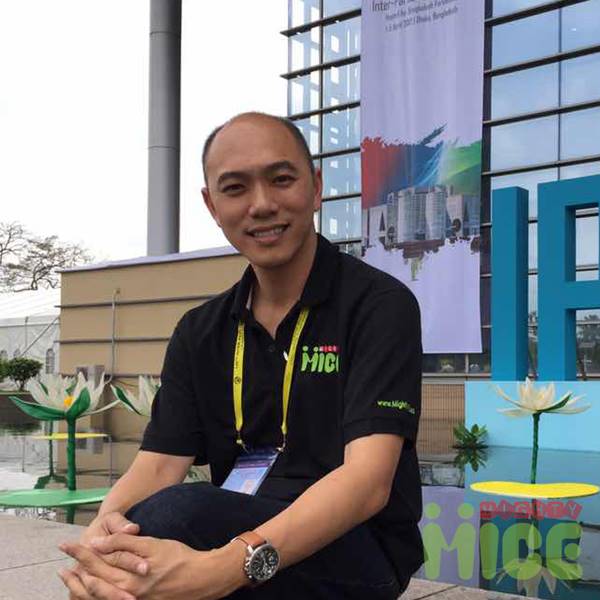 A third generation of a 70 years legendary trader named “Nai Lek (Chia Hieb For)” from Tha Kham, Phun Phin, Suratthani, Thailand. He graduated from Assumption University (ABAC) in 2002. Joining in the event service industry by the invitation from the relative had given him enormous experience of serving equipment such as Simultaneous Interpretation System, Interpreter Booth, Conference Microphone, Audio-Visual Systems, etc. in major national and international conferences such as 14th – 15th ASEAN Summit and related meetings of Ministers and Senior Officers of the Ministries as well as the ASEAN Inter-Parliamentary Assembly (AIPA) until one of the most challenging event called 122nd Inter-Parliamentary Union (IPU 2010) hosted by Thailand.

After that the life has faced an enormous changed but life must go on with the high supportive assistance from family and Mr. Pongsak and a number of colleagues have co-started Mighty MICE with the deeply impressive support from respectful clients as well as new clients to serve in small and grand meetings and conferences.

However, only seven months after the establishment, the challenge came to prove our potentiality by serving international conferences such as 49th ASEAN Foreign Ministers’ Meeting and Remark by US President : Barack Obama at Vientiane Capital, Lao PDR and the 21st ASEAN-EU Ministers’ Meeting in Bangkok.

Finally, a big challenge came in when he received a call from Bangladesh for once again joining IPU 2017 in 1-5 April 2017 which was counted at his second time of IPU experience in his life and to be the first Thai people who served the equipment for IPU twice. 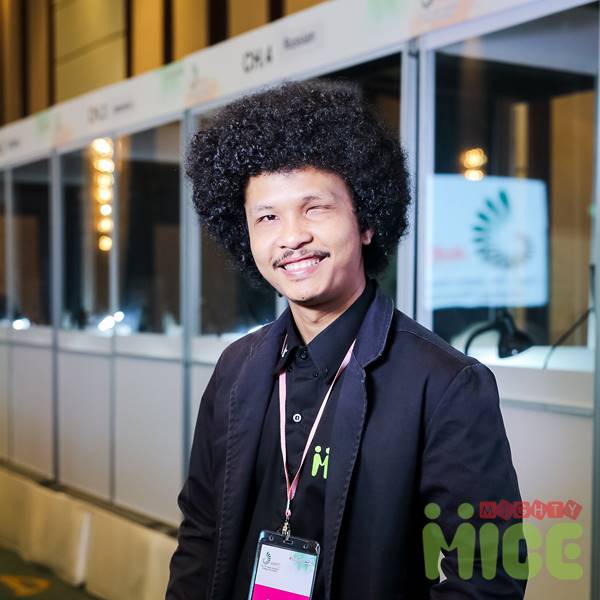 A young, confident, and ambitious man who graduated from a technology learning institute in Bangkok. He firstly apprenticed into the Event Service industry and has spent more than 10 years for collecting knowledge and know-how, until now he is one of the rarest and expertized technicians of Simultaneous Interpretation System, Conference Microphone in Thailand, Jack also knows well about Audio and Visual systems.

Jack has travelled a lot under working with Mighty MICE in the major conferences such as 49th ASEAN Foreign Ministers’ Meeting and the Remark by US President: Barack Obama in Vientiane Capital, Lao PDR and the 21st ASEAN-EU Ministers’ Meeting in Bangkok as well as the great moment with Mighty MICE in 136th Inter-Parliamentary Union (IPU 2017) at Dhaka, Bangladesh and the latest but not last of the 7th Asian Ministers of Energy Roundtable Meeting (AMER 7) in Bangkok which Jack took the lead of the team to serve this event successfully. ​

Currently, Jack takes a role of Chief of Technician and Operation with Mighty MICE and he is ready to serve all scale of events that use Mighty MICE’s equipment no matter how complicates it might be, he was absolutely born for this thing. 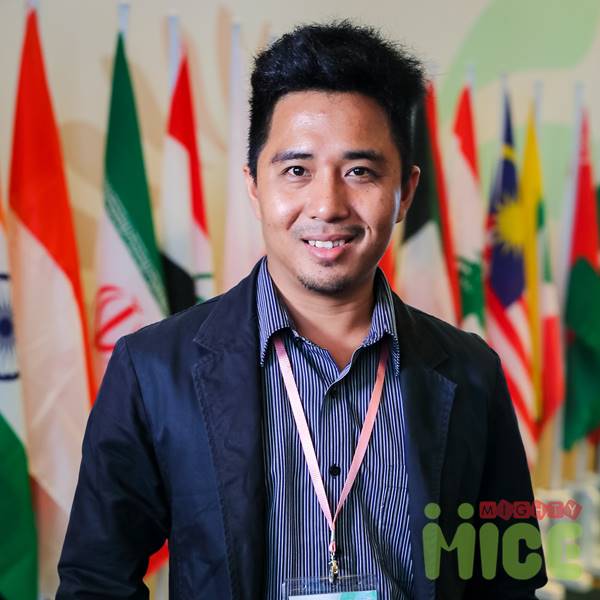 Even “X” is the latest Mighty MICE’s member but his ability is second to none in the industry. Between “Jack” and “X”, these two people are very closed senior and junior colleagues who have great experience and challenges in many event in Thailand and international.

“X” has faith and respect in every pieces of Mighty MICE’s genuine equipment served customers which could generate highest confidence in working together with his own experience from the past in serving conferences that could always rely on every project assigned to him. 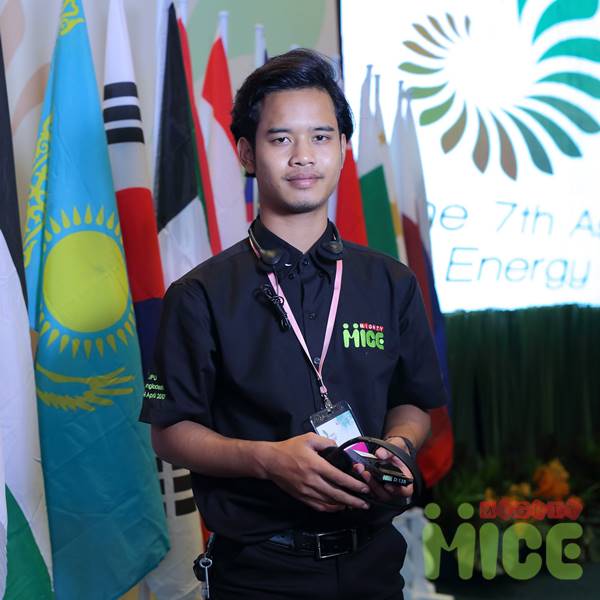 “Frong”, even this man hardly speaks in a day but when he is trained or given knowledge about the equipment, he could quickly learn and remember everything within 5 months from his beginning which is counted as a new statistic ever had.

One of the situation that could prove Frong’s ability was during April 2017 when other senior colleagues were out of the country to Bangladesh in IPU 2017, Frong was left alone in Bangkok facing with the 10 projects within 18 days, one of the most complicated and challenging project was with 3 interpreter booths which the foreign client wanted to change details of equipment periodically. Frong had to cooperate with clients all day long and finally he could accomplish the assignment successfully, received a great positive feedback from the organizer.

Frong is now collecting experience in serving Simultaneous Interpretation System, interpreter booth, Conference Microphone in countlessly jobs and he is ready for all event, just “assign” and he will go for it. 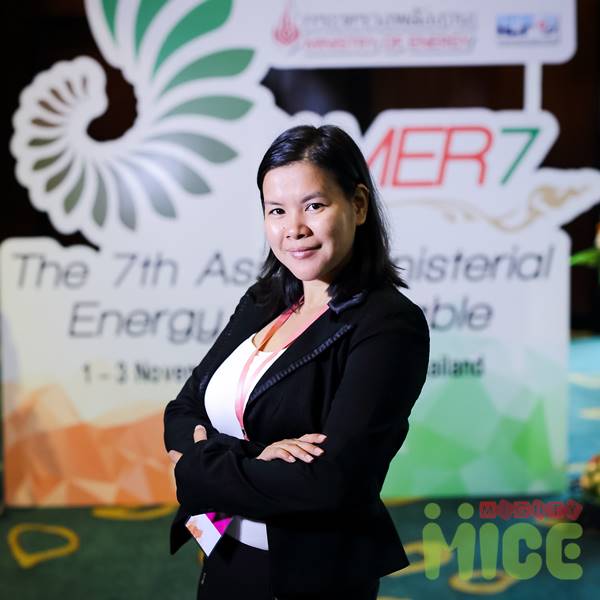 An only lady in Mighty MICE who takes a role of “Back of the house” with the duty to support all needs such as cooperation, finance, and all supportive activities for Mighty MICE brothers. Just tell her, and she will manage everything.

Moreover, Oum occupies a nice manner which could support working in Marketing role. She could sacrifice and devote every minute for creating positive and perfect result for all of the client.